Obviously, Paulie is no cardboard cut-out character…We really see his strength and heart in ROCKY IV and the reserves of humanity given to him by the strong and gentle Burt Young. The scene that illustrates Paulie’s growth most takes place just as Rocky’s greatest fight is about to start. The Italian Stallion is ready to step into the ring and face possible death at the hands of Ivan Drago, the Russian killing machine.This time around it’s not professionals like Mickey or Apollo by his side. His brother-in-law Paulie has crossed half the planet with him to help with his training and give him moral support like only Paulie can! 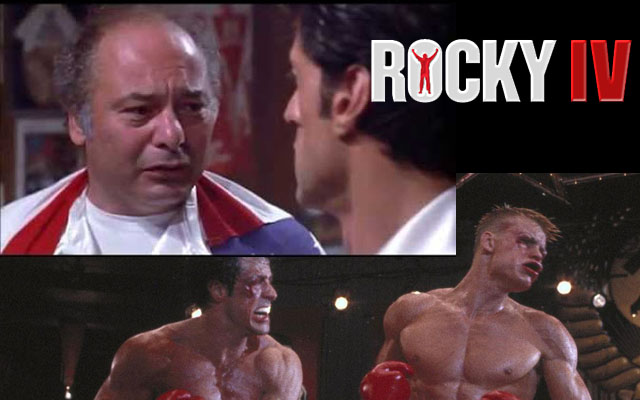