As one of the most iconic and “rewatched” movie series over the past bunch of decades the ROCKY Film series has pop culture enthusiasts still running full throttle as we sit in 2016. Whenever something as EPIC as Rocky comes along the “fan art” associated with the said entity thrives! Many of these pieces even step way beyond fan art…they are just flat out awesome! Let’s look at some of the greatest examples of “ROCKY Fan Art” over the decades! 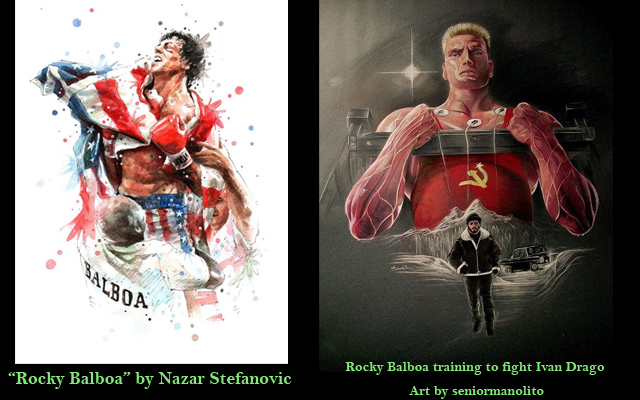