ROCKY’s Clubber Lang: A Look at Mr. T’s Character and the Man Himself!

In Rocky III, which was released in 1982, Clubber Lang is a professional boxer fighting out of Chicago, Illinois and a one-time world heavyweight champion, having taken the title from Rocky Balboa only to lose it back to Balboa in his next fight. The character is very loosely based on a combination of Sonny Liston, Larry Holmes and George Foreman…And, of Course, James “Clubber” Lang was portrayed by the oh-so-fabulous MR.T!!! 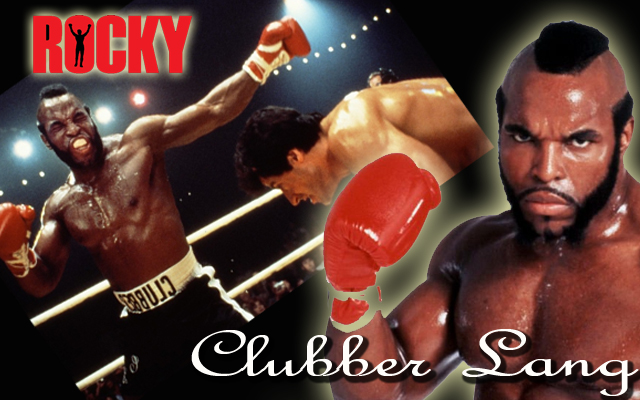